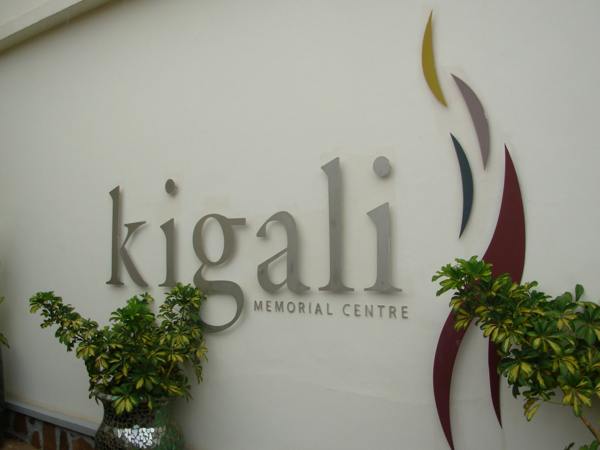 Last week I had the somber and sobering opportunity to visit two genocide memorial burial places in Rwanda. I took the opportunity to deliver some of the information regarding the One Million Bones Project which I have agreed to serve as a sort of Ambassador for during my visit to East Africa. Upon landing in Kigali I was struck by the beauty of amazing landscapes, green and lush hills, and friendly people everyplace I went. It is easy to travel within Rwanda as an outsider and to try and ignore the recent ugly history, however, the reminders are everywhere. In my last post, I tried to focus on the positive experience of visiting the Rare Mountain Gorillas while ignoring the troubling thoughts connected to the genocide that occurred here just over 17 years ago. However difficult, I will try and explain some of my thoughts. Throughout my travels, I have been to other sites of genocide however no place stands in stark contrast to the ongoing healing which is occurring in Rwanda. Officially, both terms of “Hutu and Tutsi” are banned and not spoken in public. Quite honestly I can’t say that I could tell any difference between all of the people living in Rwanda, but I wonder how a country could heal after such an ugly and deliberate attempt to ethnically cleanse a segment of the population? Then after all the killings, how could community by community, family by family, country begin the challenge of healing itself?

The Genocide Memorial in Kigali is the final resting place of over 250,000 Rwandans and growing… Each Genocide memorial is the final resting place for thousands of Rwandans. I came to understand that Genocide victims are still routinely found throughout the countryside, however, Genocide victims are rarely identified given the decomposition of the bodies and the sheer size of some of the mass graves found. Victims can only be buried at the designated Genocide centers throughout the country and not in individual graves. So many of the designated memorial centers are still operational. So what I mean is there are open gravesites so that newly found victims can be added to the mass gravesites throughout the country. This presents a challenge and is a real and constant reminder of the sense of loss and the tremendous healing that is occurring daily.

As a human being I still can’t truly fathom how this could occur, nor could I honestly grasp what has occurred in Rwanda. In addition to the burial location of hundreds of thousands of human beings, the center serves as a place for healing and education so that something like this never occurs again in history. I feel a sense of shame that as a member of a first world country that my country, along with the rest of the WORLD sat back idle as this horrific and intentionally planned genocide occurred given the calls for help from the African community. The pace of killing exceeded the Holocaust, yet the international community did nothing… It is an understatement to say that this should have never happened.

The second location I visited was the Nyamata Church where up to 10,000 Rwandans were killed inside the Church and upwards of 45,000 Rwandans are buried. The site still has the bullet holes in the ceiling, bloodstains throughout and many of the clothes of the victims in piles on the pew benches as a symbol of the horrific events which unfolded. The tour guide explained in great detail how many victims were senselessly killed… Many were hacked to death by the dreaded machete, some were shot, lots were killed by grenades thrown into the church and brutally young children were literally smashed again the rear brick walls of the Church. This site truly brought home in brutal details some of the most horrific images of the reality many Rwandans were forced to endure. Survivors often were hiding under decomposing and dead bodies… At the conclusion of the tour, we were led down under stairs where piles of human bones are placed by categories – skulls, femurs, etc. With respect to the skulls, it was striking to see the blows which caused the death- cracked, cut, and smashed skulls were the norm. It was a horrific sight. And as with all Genocide burial sites, we were reminded that victims are continually found so there was space for new victims within open caskets… After seeing and hearing about how children died I am shaken by literally walking back to my taxi I hear the laugh of children playing in a schoolyard adjacent to this Church. This was the most difficult part of this trip for me.

However, through the dark history comes the hope for a new day that I see in the Rwandans I meet. With each encounter I wonder what role 1994 placed in the life of the people I meet from the person at the store, the person walking the street who greets me with “hello, how are you?”, to people I sit next to on the bus, to the many taxi drivers I meet on day trips. I wonder how each reacts to each other given the reality that some come from Hutu and Tutsi backgrounds? I finally build up the courage to ask one particular taxi driver who I met over the course of several days if he was here in 1994? I was respectful not to ask if he was Hutu or Tutsi, however, his response was a sobering reminder that the Genocide touched everyone here in Rwanda. His response was “yes, I was here in 1994 and he lost many family and friends including some brothers, aunts, and uncles.” I was speechless and did not even know how to respond. On my last day in Rwanda he was also my taxi driver after the Nyamata Church visit and I will never know if he deliberately put his CD on or if it was a comforting sign for me to draw a conclusion from a coincidence, but I will never forget the song that came on as we made the journey back to Kigali – it was a reggae song that sounded like it was from Peter Tosh or Bob Marley with lyrics about “Respect, love your enemy, even if they hate you, Respect, love your enemy, even if they hate you, Respect” (Lucky Dube – Respect) – I know the obvious religious connotations, however I will need to track down this song as it continually is playing in my head as I think back to my Genocide visit with my friendly taxi driver (whose name I will not use, but whose name I know)…